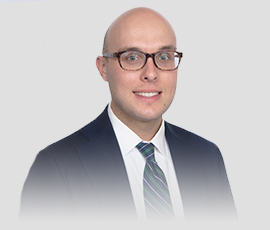 A criminal appeal can be a hard fought battle and it requires immaculate attention to detail, a thorough knowledge of the law and a persuasive writing ability. Grabel & Associates welcomed Mr. Doman to the firm in 2016 and finds him to be a considerable asset. He previously worked at the Michigan Court of Appeals as a Pre-Hearing Attorney; giving him an inside edge to the appeals process. Mr. Doman’s well researched and professional writing abilities have served Grabel & Associates’ clients well.

Mr. Doman is a Michigan native and attended the University of Michigan Dearborn, majoring in Political Science. He graduated Wayne State Law School in 2013 and served on the Law Review during his time there. After passing the bar in 2013, he was immediately hired at the Michigan Court of Appeals and spent two years in their service before joining Grabel & Associates. In his down time, he enjoys spending time with his family and attending church. 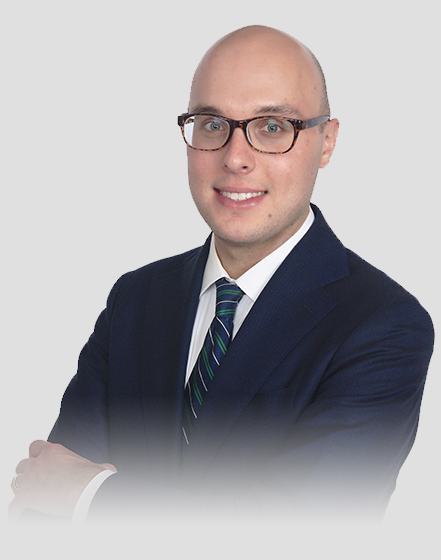 ★★★★★
Scott Grabel was kind enough to look into my situation and take his time to speak with me free of charge. Most attorneys will not do that. He gave me reassurance that I had nothing to worry about. If I am ever in need of an attorney in the future I will be calling Scott Grabel and will highly recommend him to anyone with a legal issue. G. K.
★★★★★
Great job Tim, Scott, Daniel very aggressive and knowledgeable They always call you back if you have questions even after hours the best outcome I could've hoped for thanks again R. E.
★★★★★
Great lawyer he went into court and ripped the girl trying to lie on me a new one. He fot me off on all charges and with out him i would be in prision. Thank you so much i will definitely keep your number and pass it on to any one in trouble and keep it for future incase i ever have to go back to court K. J.
Submit a Law Firm Client Review